TURKEY AND THE ARMENIANS.
WHOLESALE MASSACRES.
AMERICANS IN DANGER.
PETROGRAD, May 9. Djemal Pasha, the late Minister of Marine and Public Works in Turkey, supported by Kurds, is besieging a number of Armenian insurgents whose ammunition is nearly exhausted. Many prominent Armenians have been assassinated, and the lives of Armenian missionaries and families are in danger. There have been wholesale massacres elsewhere of Armenians.

TURKISH ATROCITIES.
MASSACRES IN ARMENIA.
FEARFUL OUTRAGES.
LONDON, May 10. An American missionary at Urumiah, in Armenia, in a letter dated April 8, says all the Christian villages in the district have been plundered and burnt
bv the Turks and Kurds. About 1,000 inhabitants were massacred, and 2,000 have died of disease. Turks are carrying on the massacres. The Russian Vice-Consul at Salmas has reported numerous murders, outrages, and abductions at Salmas and Gulpashan. On the Turkish Consul’s orders 25 prominent persons were conveyed to a graveyard at Gulpashan and butchered like animals in the presence of their relatives. One minister was crucified and burnt alive, and a bishop was hanged..
Refugees in the Catholic Mission were taken before a Turkish Consul, and 64 beheaded. Several parties of Christians at Salmas were massacred, after their arms had been tied together. Other instances show that victims were tied to ladders, with
their heads sticking through the rungs, and beheaded.

TURKISH ATROCITIES.
MASSACRES IN ARMENIA.
PETROGRAD, May 17. The Russian Consul at Urumiah, in Persia, states that 6,000 Armenians have been massacred by the Turks at Van, to the south-east of Erzeroum.

THE TRIUMPH OF THE ALLIES.
THE PORTE MADDENED.
MASSACRES IN ARMENIA.
PARIS, May 23. The Turkish Government, maddened at the prospect of the triumph of the Allies, blames the Armenians for the disastrous war, hence the massacres in Armenia continue. Turkish regulars and Kurds kill all able-bodied Armenians who have escaped conscription, and also all male children. Whole villages have been devastated, and young girls carried off.

SITUATION IN TURKEY.
PLOT AGAINST THE GERMANS.
ROME, July 19. The Rome newspaper “Giornale d’Italia” states that refugees from Turkey bring alarming news of the Ottoman situation. The troops of Adrianople have revolted, refusing to go to Constantinople, which they call the turkish soldiers’ tomb. Enver Pasha. the Minister of War, has been summoned to restore order. A plot was discovered against Enver Pasha and the Germans, whereupon 50 officers and soldiers were shot on Thursday last without trial. Anarchy reigns in Constantinople, where private houses have been requisitioned for the wounded, the price of bread is inflated, coal is scarse, thus hindering navigation, and there is a shortage of doctors and medical requisites. The persecution of the Armenians and other foreigners continues. The Committee of Union and Progress, or Young Turk Party, seeing impending ruin, are sending emissaries to Egypt, Tunis, and Libya, for the purpose of fomenting crimes.

ATROCITIES IN ARMENIA.
WHOLESALE MASSACRES.
ROME, September 8. Armenian refugees who have reached Italy state that 70,000 Armenians, including several Deputies to the Turkish Parliament, have been massacred by the Turks.

THE ARMENIANS.
REPRESENTATIONS BY BULGARIA.
SOFIA, September 11. The Bulgarian Prime Minister (Dr. Radoslavoff), after listening to a deputation from the Armenian colony in Bulgaria, which called his attention to the hopeless condition of the Armenians in Turkey, promised to send their petition to Constantinople, and to support afresh Bulgaria’s previous representations on the subject. He said he hoped the Porte would pay heed to Bulgaria’s friendly advice, especially as the Turco-Bulgarian relations were at present very friendly.

MASSACRE OF ARMENIANS.
APPEAL TO PEOPLE OF AMERICA.
NEW YORK, September 20. Viscount Bryce has issued an appeal to the American peoplo to stop the slaughter of Armenians, or at least protest against the wholesale massacres proceeding in Asia Minor. Women are seized for the Turkish harems, and are compelled to become Moslems. Many have been driven into the deserts of Arabia and Syria, and over 10,000 Armenians have been drowned at Trebizond, but a quarter of a million escaped. A Consul vouches for the facts of the Trebizond massacre.

TURKISH ATROCITIES
SYSTEMATIC SLAUGHTER OF ARMENIANS.
HALF-A-MILLION KILLED.
ROADS STREWN WITH CORPSES.
TEN THOUSAND DROWNED
LONDON, September 22. Viscount Bryce, in his appeal to the American people to assist in stopping the Turkish atrocities in Armenia, refers to the relentless cruelty of the Turks in extirpating Christianity. He says the Armenians had not rebelled, and were unarmed, but men of military age were killed, and the younger women seized for the harems, and compelled, with their children, to become Muhommedans, and were kept in slavery. Convoys of Turkish soldiers, who are largely composed of released criminals, are driving old men and women into unhealthy parts of the Asia Minor desert between Syria and the Euphrates, and many of these old men and women are being murdered. The road to Juyholles is strewn with corpses, and all will perish sooner or later. The Italian Consul describes how the Turkish troops hunted out 10,000 Armenians from Trebizond, drove them to the shore, placed them on sailing boats, took them out to sea, and throw them overboard, drowning all, men, women and children. About 250,000 Armenians escaped into Russia. Some of the Armenians have been saved by accepting Islam, but 500,000 have been slaughtered, and the deported are now dying from disease or starvation. Germany alone can check the massacres, and America, adds Viscount Bryce, should persuade Germany to exercise her influence and stop the ghastly work.

DISASTER AVERTED.
RESCUE BY FRENCH CRUISERS.
PARIS, September 22. It is officially stated in Paris that 5,000 Armenians who reached Antioch Bay, in Syria, in July, kept off attacking Turks until September, when their munitions and provisions failed them. The Armenians then succeeded in signalling French cruisers, which conveyed all of them to Port Said.

ATROCITIES IN ARMENIA
ENCOURAGED BY THE GERMANS.
STREETS RUN WITH BLOOD.
LONDON, September 30. The Cairo correspondent of “The Times” states that some of the German Consuls encouraged the atrocities in Armenia. Herr Rossler, the German Consul at Aleppo, wout to Aintas, and superintended the murders in person, and the notorious Baron Appenheim (Baron von Oppenheim, n.d.r.) suggested the removal of the women and children of the Allies to Urfa, to the south-west of Diarbekir, whete they could not fail to witness the barbarities committed by the troops in the streets, which literally ran with blood. There is incontestable proof that Talaat Bey, the Turkish Minister ot the Interior was the instigator of the atrocities.

GENERAL WAR NEWS.
THE MASSACRE OF
ARMENIANS
GENEROUS AMERICAN OFFER.
LONDON. October 2.
The ‘Dailv Chronicle’ states that
the American Ambassador at Constanti-
nople has approached the Porte, and
offered to transport to America tho
whole of the Armenians who havo been
driven out of thou homes The Am
baibadoi offered personnllj 1,000,000
dollars towards the cost, and to find
another 4,000,000 dollars in the United States.7

ATROCITIES IN ARMENIA
AMERICAN THREAT TO
TURKEY.
WASHINGTON, October 4
The United States Government has
decided to inform Turkey that unless
the massacres in Armenia cease the
friendly relations now existing between
the two countries will be threatened. 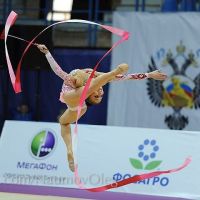 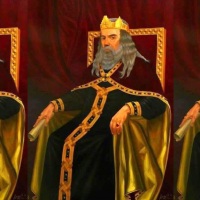